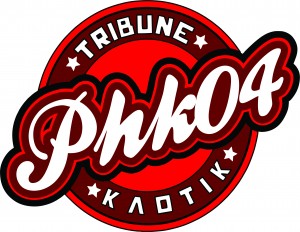 Since the renovation of the stadium in order to welcome the EURO 2000, the “Vercourt” stand –also called T4- is often empty or closed. Only the away fans are allowed to take place in this terrace which is behind the goal and divided into 2 parts –away fans and home fans- when the away sector is too small.

In order to fight this affront and preserve the reputation of the Standard de Liège’s hell atmosphere, a group of friends decided to move to T4 for the derby against our most hated rival, Anderlecht.

Thus the group has been created on the 9th of April 2004 with a number of members lower than 20.

They decided to give the name “Publik Hysterik 2004” which could be translated in English by “Hysteric Public” and refers to their outright madness. The first banner for the derby was a small homemade white banner which only wrote “PHK04”.

For the first game, the PHK had displayed another banner showing the text “Tous Unis” (All United). This message can be read into “Standard Fans United” and can be addressed to the other groups that already exist in the T3 (Hell Side 1981, and Ultras Inferno 1996).

Even if the group seems softer due to its small size, the PHK’s goal is to support our team as an ultra group does. The five first years, the group had a Latin American influence with many confettis, animations and low quality choregraphies.

In 2009, after 2 championships for the team, 5 years of experience for the group and a renewal of the leaders, the new leader decided to improve the originality and the quality of our animations. Step by step, the PHK grew and improved on a very positive way until the 10 years birthday in 2014.

A new leader has been recently named in May 2015 and will work as well as possible to continue our expansion in our T4.

After 11 years of activity, the group has also achieved a lot with regards to social action. For example, we help the UI96 for the food gathering every year for the Resto du Coeur (Restos du Cœur is an organization that helps the poorest by providing them with food, supplies and general assistance).

PHK04 is not strongly involved in the fight against racism and fascism as the UI96. However, some animations for the equalities and against racism have been made. Even if our first goal is to support the team, the social is taking a growing part of the group. Racism, fascism and other extremisms are banned behaviors in our group and will not be tolerated. 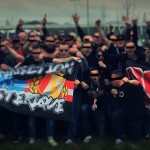 Our Rebel Ultras adventure has started one year ago. At the end of an insane season it’s now time to write a report for our brothers of the Rebel ... END_OF_DOCUMENT_TOKEN_TO_BE_REPLACED 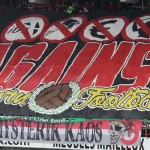 Our team has probably had the worse season start in the last decade. The former president took with him the maximum amount of money before leaving the club in June: Selling ... END_OF_DOCUMENT_TOKEN_TO_BE_REPLACED 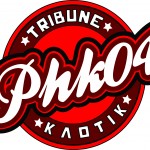 This season was mostly highlighted by the many protests against the former (Finally!!) president Duchatelet, and against the coach Luzon. We believe its also significant to bear in mind that ... END_OF_DOCUMENT_TOKEN_TO_BE_REPLACED