The Green Brigade were formed in the summer of 2006 resulting from a break away from the Jungle Bhoys that began the previous year. The core aims of the group are to inject colour, create an atmosphere and provide vocal backing to the team, an aspect of Celtic Park that has rapidly decreased since the re development of the stadium to an all seater.

As a politically orientated Ultras group, the use of banners, tifo and pyro, both home and away, are fundamental to our presence at matches. The continuation, in some cases resurrection, of Celtic and traditional Irish songs are also at the heart of the group. Despite problems in the past from police, security and the club in their attempts to curtail and water us down, the Green Brigade continues to enjoy the support and backing of the Celtic support on the whole. This has allowed the group to flourish with popularity rising each year.

Our method of support goes against the clubs ideals which aim to market games as more of a family day out. Undisputedly this has caused a rapid decrease in the level of noise and atmosphere within the ground compared to the standing areas of the stadium that were taken away during Celtic Parks redevelopment in the 90′s.

As a reaction to this, the Green Brigade advocates standing and vocal support throughout the duration of the game in our section, area 111. The Green Brigade development has been influenced by the Ultras groups present in Europe that have no counterpart in British football.

As a club deeply rooted with Irish culture and history, the group expresses solidarity with Irish republican politicians and activists in their efforts to reunite the six occupied counties with the republic. The suppression and criminalisation of Irish republican songs by the government that was strongly objected by many Celtic supporters groups including the Green Brigade has revealed the narrow mindedness and clouded judgement of those in charge.

The hollow arguments and lack of competency in how the Bill was carried through into law has shown complete disregard and ignorance, resulting in the black shadow of sectarianism being cast over our Irish heritage and culture. Despite this, the Green Brigade will continue to retain our proud Irish identity within Scotland, whilst strongly supporting Scotland’s right to independence and self determination separate from the United Kingdom. 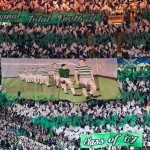 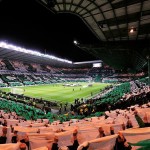 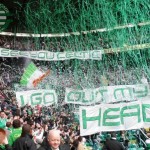 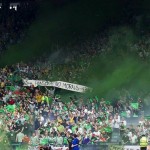 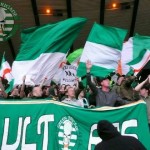 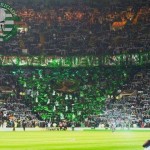 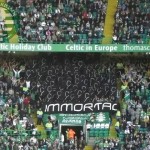 Glasgow Celtic fans have launched a fundraiser to match any fine that Europe’s ruling football body, UEFA, will give the Scottish club for an expression of Palestine solidarity at a ... END_OF_DOCUMENT_TOKEN_TO_BE_REPLACED

Bringing Down Barriers Through Football

Bethlehem2Belfast Initiative The Green Brigade have been working on a project that will bring youth from Aida and Deheishe refugee camps in Bethlehem, Palestine to play football in this year’s ... END_OF_DOCUMENT_TOKEN_TO_BE_REPLACED

The Green Brigade would like to extend our heartfelt thanks to every single person who volunteered at or contributed to the food drive organised at Celtic Park prior to our ... END_OF_DOCUMENT_TOKEN_TO_BE_REPLACED