History of our team (FC TARRACO)

FC Tarraco is a club based in Tarragona, Catalonia, northest Spain. The club was founded at the end of 2012. This club is a Public Company, that means all the members has the same power. One person, one vote. This club was born because lots uf us think that another football its possible. Without business. Without stupid mercenary players who only want money.
The club plays in the last spanish liga, in our region it’s “Cuarta Catalana”, an 8th division.
The club has 30 members and between 20 and 30 Partners (mostly small enterprises of our city) We’ve just played two times in the 8 division Liga and this year will be the third time.

History of our group: Barrikada Ponent)

Our group was founded in 2013. A few young city boys were attracted to the project FC Tarraco . Not only for his sporting project, but also by social claims (vindictive) that the club carried out.
We travel around the whole province, and we like because our longest journey is 100 km round trip. We support our club in every game, whether we are 3 as if we are 20. 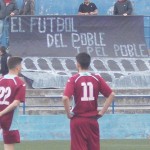 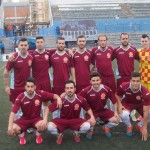 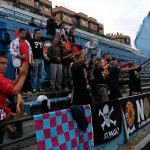 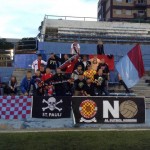 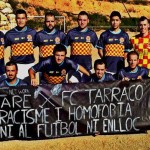 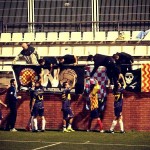 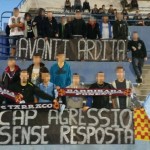 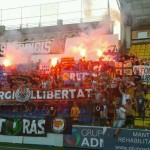 The second Antifascist Ultras Països Catalans was held in Sant Andreu (Barcelona), in the Narcis Sala stadium on the 11th of july 2015. In the football 7 tournament many Antifa groups ... END_OF_DOCUMENT_TOKEN_TO_BE_REPLACED

Well, here actually club and fans are one , so almost all the actions that we perform are on behalf of both the club and Barrikada Ponent. This season we ... END_OF_DOCUMENT_TOKEN_TO_BE_REPLACED