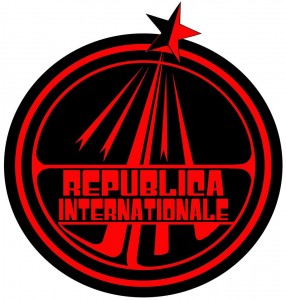 Like many great historical events, the exact date of origin of this club is shrouded in a mist of confusion (alcohol induced)… In other words we can’t quite remember – suffice to say its genesis was some time in 1984.
At this time a bunch of footballing lefty radicals (Anarchists, Marxists, Neo-Marxists, Communists and Socialists) and met in a smoke filled pub (not unlike Marx and Engels prior to the publication of Das Kapital) called The Pack Horse in Leeds and decided to form a football team (rather than emancipate the proletariat and seize control of the means of production!).

Collectively, they had each played under and become disillusioned by the ethos and values of typical clubs – namely sexism, racism, machismo and a win at all costs philosophy. What was needed was a club which would counter these traditional prejudices and foster an egalitarian approach to the peoples game.

Identities:
In keeping with the transient nature of its membership, the club called itself Woodhouse Wanderers, was adopted by the then lefty underground Leeds Other Paper and commenced playing in the notorious Leeds Sunday League. Like that great punk band Spizz (Oil, Energy, Athletico 80 and Spizzles), the club name has changed over the years; 1984 Woodhouse Wanderers, 1987 Rising Sun, 1989 Moscow Central, 1991 Republica Highland. And, in the year 2000, the home has become the Cardigan Arms and the latest name is republica Internationale. So, the name may change, but the song remains the same!

Philosophy;
As the early years rolled by some players retired, moved, joined the Sandanistas and many new players joined the club. What had started as a club amongst friends had become an institution and around 1990/91 it was decided to enshrine the club’s perennial ideals in a constitution.
In order to represent the club’s philosophy on the playing field, selection criteria were also devised which reinforced the club’s ideology.
So what differentiates a Socialist team from any other? The difference is that much greater emphasis should be put on the means rather than the end. On how we play and not on what the results are. On how we organise and socialise together, not that we do so alone. Does this mean we shouldn’t compete? Certainly not! But we should always be conscious of how we compete, of quality, being beautiful. idealistic and radical. Feel good, be proud, be unique. Unity in diversity!

Growth;
In roughly 1988 the club started playing the annual F.A. Cup Final day match against Dynamo Tetlizi, and more players started joining.The club’s size grew in the 1990’s (despite onslaughts against Socialism elsewhere!) and in 1992 a second team emerged to reflect growing interest. Its durability also proved itself (once again unlike other manifestations of Socialism elsewhere!) and the club celebrated the beginning of its tenth season with the “Decadean Game”. In this match the “Old Boys” took on the current team and promptly won the match. Later in the same 1993 season the club proved its ability by winning a major cup final for the first time (Socialist victories elsewhere took longer in coming!). The sight of a stand full of red and black clad supporters, fanatically outdoing the bemused opposition was as memorable as the final itself.

Freedom thru Football;
Sometime in the early 1990’s through “Punky Rob” M the club started playing occasional friendlies against a team from Bradford called the 1in12 Club. This was to be the beginning of exciting links elsewhere in Britain, Europe, and across the world! Things took a while to take hold, then in roughly 1996 the 1in12 started running an excellent annual May Day tournament involving us, teams from around Britain, and one from Germany. In 1997 the Easton Cowboys from Bristol first played, while we won the tournament. A strong friendship had developed between the 1in12, the Cowboys, and us. This was due to similar outlooks and philosophies, more contacts with the 1in12 (then through Mat G), and the fact that an ex-Republica player and great pal of Mick T’s, Nathan H, now lived in Bristol and played for the Cowboys. Elsewhere, through links between Punk bands since 1993, the Cowboys and 1in12 started playing European games (including the Belgian Lunatics and others).
1998 was the “Big Year”, when the 1in12 expanded the May Day tournament (including the Bradford Women’s team), but it was the Cowboys who set the world on fire! They held the first Alternative World Cup tournament involving teams from Britain, Belgium, Germany, Poland, Norway, France, and even South Africa; Diepkloof from Soweto were popular winners. The tournament was a incredible and massive success, and people were hungry for more tournaments; in 1999 we attended the Lunatics fabulous “Luna Circus”, and in 2000 Hannover’s excellent “True Love” fest. But it was in 1999 that the ever amazing Cowboys took things to an even higher plane. They managed to organise the first of the tours to Chiapas, in Mexico, to visit the isolated communities of the revolutionary Zapitistas to carry out “human rights” work, and play football! Republica’s Nigel S and Ian W went with them, and the links continue.

Many, many more International activities are planned for the future and we’re strongly on board. 2001 includes a role co-hosting the biggest May Day tournament with the 1in12. Then, the club’s biggest FA Cup day extravaganza, then the World Anti-Racist Championships in Italy, quickly followed by a Polish hosted Alternative World Cup in July. The summer ends with the biggest-ever Alternative World Cup run by the Easton Cowboys in Dorset, England. ..Wow!

Now and in the Future;

Over the many years the club has struggled to better itself. In the late 1980’s and early 1990’s, it sometimes struggled just to survive. But now, in it’s present era in the year 2000, the club has more members than ever. It fields two truly competitive teams, as the 2nd team are finally really coming together after years of hard work. Women have their strongest profile yet within the club. Members are committed to anti-racist initiatives in football. The Cardigan Arms offers us our best venue yet for our many social and fund raising activities. Things bode well for further political, social, and footballing growth. Complacency isn’t something we’ve ever suffered from yet, so we continue to strive for more, and better, in every sense.
As seasons pass, and more of the old players are put out to graze, the mantle of responsibility passes to the new players. The spirit which welcomes new players must be cherished, and nourished, in turn. Despite dilution’s of Socialism elsewhere, this club should feel proud to stand up for the relevance of its traditions today.

“Our uniqueness is precious and will be defended fiercely”!