The first season of the youngest club in Zagreb is behind us, the last match was played a month ago and we are looking ahead toward September and toward a new season. The tima that has passed might give us some objectivity in assessing what we have achieved in the past year.

Although Zagreb 041 team has started as a group of people with different backgrounds and different football experience, different ages and expectations, by the end of the season it has become a team of footballers that has functioned pretty well both on and off the pitch. For that we have to thank the enthusiasm, effort and regular training of every player and especially coach Celestine Olisa without whose football and life experience and friendly authority this team would not have advanced this far. Fourth place in third Zagreb division might not sound as a great success but, considering the beginnings, the lack of proper training grounds in the first half-season and other factors, we can be quite happy with the final league position. If the team stays together, and we succeed in bringing a few players to strengthen the squad, we can freely announce that we are charging for the title and promotion from the first match.

Considering that 041 is a special club, we count our victories off the pitch as well. Most importantly, we have a victory of the concept of founding and managing a football club without a president, executive committee and professional club officials, at this level of football at least. More than 120 people have become a member of the club in the past year, people from many countries – from Croatia to England, Portugal and Germany, and many domestic and foreign organisations have joined the club as well (e.g. Socialni center Rog, Centre for Peace Studies, Philosophy Faculty Students’ Club, Political Science Faculty Students’ CLub, AKC Attack, Base for Workman Initiative and Democracy and many others). Thanks to huge effort of our members, their investment of time, money and enthusiasm we have presented ourselves as the most organized club in the third Zagreb division.

Besides that, we have achieved a victory in the attendance category – the average attendance was around 150 (an average attendance of some Croatian first division clubs, unfortunately), and our matches have been recognized as a place to meet football as it should be – competitive, friendly and inclusive, a football followed from the stands with passion and continuous song and enriched with colourful pyro shows. We would like to thank everybody who showed up at our games and thus gave their support to our mission that we have slowly started to make true – return of football to its sports roots, return of football to the supporters, players and enthusiasts, inclusion of a football club in the community where it exists and contributes.

One of our biggest victories is inclusion of our friends from Senegal, Uganda, Somalia, Nigeria, Syria and other countries from where life brought them to Zagreb. The matches and parties of Zagreb 041 have become a place where refugees and asylum seekers have an opportunity to meet each other, make new friendships with the locals and feel truly welcome. We can freely say they have enriched this club and our city and brought additional charm to the whole story.

The club has quickly made a lot of friends in the world so our members had an awful lot of work touring all the tournaments, presentations of the club and parties that we have been invited to this summer. We participated at Antira tournament in Hamburg organised by Ultras St. Pauli, at Brcnimo rasizem tournament in Ljubljana, UAFA cup in Trenčin, Slovakia, and we have had more invitations than we have had capacity for football and parties so we had to miss Mondiali Antirazzisti at Bologna and few other events in Europe that we would very much like to be a part of in the future.

We move on in September with new games, new parties, new projects. The club has a lot of challenges ahead – we don’t have our own infrastructure for training and matches yet, we want to form youth teams for girls and boys, we have to stabilise the club financially and one of the most important tasks is to enlarge our membership and make it more actively involved in everyday working of the club. Because this club has big plans and potentially great future while there are people willing to work and invest their time and effort in it. This club will be as organised as its members are, as active (and activist) as its members are, as tolerant and open as its members are. We will not try to determine the borders of Zagreb 041 – our members don’t recognize borders. :)

So – join us if you haven’t already or continue to support us if you have before – join the club or renew your membership, join its management and everyday work as much as you can and want, come to our match or at least spread the word among people who might be interested! 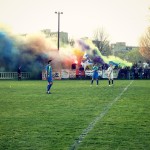 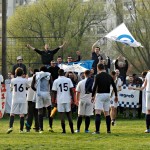 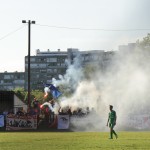 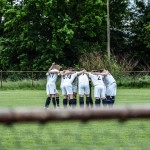