If you had my eyes, you would know why I love this Club 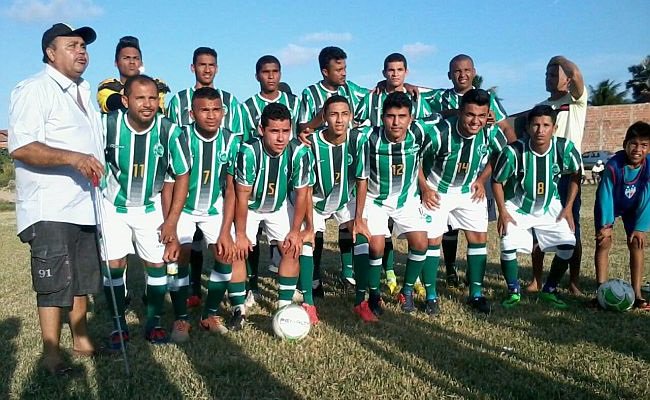 Flavio Aurelio Silva is the coach who most fans dream of. He listens carefully to the stands He has also accomplished one of the greatest dreams of any fan because for ten years now he is a coach of the team of his heart, the only club he has ever supported. His club, an amateur team in the outskirts of Fortaleza, Juventude EC. There he made his career as a player -and attacking midfielder. Judging by the excellent perception of space that he has is could be quite possible that he could have made a big career. But Flavius is blind, and was blinded while playing football. One Sunday in 1989, 20 years old, he dribbled a ferocious defender, who responded with a punch to the right eye: the result, a retinal detachment. In one year he completely loses his sight in both eyes. He acquires the nickname “Ceguim», the blind. He modestly says that is the only blind coach in the province of Nordeste, perhaps even in the whole of Brazil, but it may be that he is perhaps the only one in the entire world-blind fans even fanatics actually exist, as we have all seen.

Flavio Aurelio Silva lost his sight in 1990: inflation in Brazil was close to 30,000%, the allowance granted tothe blind by the local government is not even enough to pay for his white cane. Juventude will become his consolation. He remains in the squad as a caregiver, the overall leader, the foreman, and the players animator. And when in 2005 the former coach resigned, he succeeded him and with great success. These ten years coaching Juventude EC, has has won the local championship five times.

And how does he achieve this? He stands, next to the side lines, each time from the side where his team is defending, he’s from the school of thought that: “First take care of defense, then attack” – and through his hearing he observes the movement of the ball and the movement of the players, gives them directions for better placement, if necessary even sclds them. He has no problem asking for the help of the public from the stands: “I have no other assistant, only you,” he says. His players, one an electrician, another a waiter, have seen obviously worse in their career: “He’s a better coach than some who have their full eyesight,” one of his players said.

Flavio was raised in Beaune Zarntin, where the headquarters of the Club is, was present at the Club’s inception, thirty years ago, and played only for its colours. Now he lives twenty kilometers away and to go to training he needs to switch three buses. However, nothing can keep him away from Juventude. Moreover, the roads do not scare him, his work is a salesman, to earn a living he sells leather belts from door to door. In one of his business trips he met, in fact, his wife, also blind-the legend says that one fell over heels for each other in an intersection in Belo Horizonte.

Flavio is perfectly happy with his life, especially since July, when one of the problems that kept irritating him was finally solved. He finally found a sponsor who supplied the team with new kits. At last!

Because when Ceguim resenta anything, he never keeps it inside him and this fact the referees are well aware. “What did you just whistle ref ?!!? Are you Blind? ” is one of his most beloved protests and he is known to protest regularly. He is the only coach in Nordeste, possibly in the world, that has the right to utter this protest jokingly.