On October 16, 1968 Tommie Smith and John Carlos raise their fists during the awards ceremony of the 200 meters race in the Mexico Olympics in a move that shocked the world.

In 1968 the struggle of black Americans for civil rights is its climax, Martin Luther King was assassinated, while Europe is experiencing its own revolution with the French May. Across the globe, the war in Vietnam is still in progress. 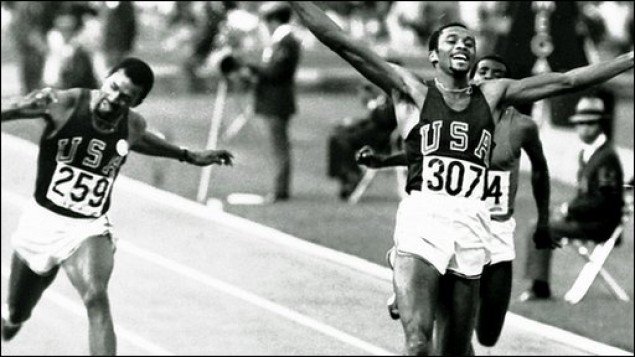 All this and while in October 1968 the Olympic Games of Mexico where scheduled to commence. The organizers and the Americans are vigilant because they fear for the safety of the games. On October 2, 1968, hundreds of students are executed in cold blood after they had “threatened” the security of the great sports event. But no one spoke, the “massacre at Tlatelolco” obscured by the media who speak of 25 dead. Unofficial versions speak for more than 3,000 people murdered.

The games go well with recards to sports performnce, mainly because of the altitude factor in Mexico. In the final 200 meters the American Tommie Smith triumphs since not only he wins the gold medal, but becomes the first athlete to break the barrier of 20 seconds in the 200 meters finishing in 19.82 seconds. Second was Australian Peter Norman and third American John Carlos.

In raising of the fists was also silently mimicked by second place winner Peter Norman, who at the moment of the national anthems was wearing the lapel badge of the Olympic Campaign for Human Rights which Smith and Carlos also wore on their chests.

Initiator of this movement was the sociology professor and a good friend of Smith, Harry Edwards. Edwards had proposed that black athletes boycott the Games because he considered that athletes should not be treated as “racehorses”. Olympic Campaign for Human Rights was his idea. The plan of Edwards was discussed for months, additionally Martin Luther King participated in the planning before he was murdered in April of the same year.

The act of the athletes was considered by the IOC as having violated regulations of the Olympic Games and the ideas of Olympism. IOC President then was the American Eiveri Branteitz. The American was president of the US Olympic Committee in 1936 ut did not seem to be bothered by the Nazi salutes during the Berlin games, and in 1972 decided to continue the games despite the murder of 11 Israelis. In 1968 though in Mexico, he all of a sudden became disturbed by the greeting of the two athletes.

Brainteitz then ordered that both athletes be expelled and when the US Olympic Committee refused, threatened to exclude from the competition the whole American track team! Immediately they were expelled from the Olympic village and banned from participation in the Olympics. The two athletes were criticized by everyone fr their act, while they and their families also fell victims of threats. In fact the wife of Carlos could not take it anymore and committed suicide!

Although they both where champion athletes they both forced to stop the track and tried to remain in sport through playing American football without having any future achievements though. Smith in 1978 became a member of the “Hall of Fame” of the US track and in 1996 the “Hall of Fame” of Black Sport in California. In 1999 he received from this organization, the prize “Athlete of the Century.” Four years earlier he was a member of the coaching team of US national in the World Championship Indoor Athletics event in Barcelona (Spain). Notably also was awarded an honorary Doctorate from the University of San Jose.

HoweverAustralian Peter Norman also experienced various “adventures”. The silver medalist was marginalized and ostracized from the sports events of what was then a deeply racist Australia. He died forgotten by everyone in 2006 with Tommie Smith and John Carlos accompanying their friend to his final resisting place, carrying his coffin on the shoulders. Only in 2012 he was included in Australia’s top athletes, and the parliament of the country led to a decision a issuing a formal apology. It was a last sign of respect and recognition for Norman’s own contribution to the fight against racism. 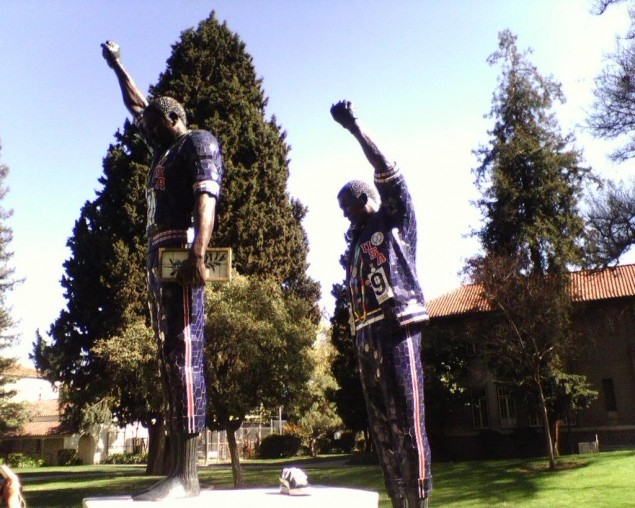 Previous Another win for Zagreb 041 Next Start of Season Roundup