In this game we needed to win, we unfortunately lost(0:2) on the match we had only some pyro

Away match in České Budějovice, we travelled by train. There were 150 people in our sector. The match did not meet our expectations in 60 minutes, we were losing it 2: 0 but then a fantastic reversal came and we netted two quick goals after the penalty and we won 3:2!

For this game we made a choreography celebrating the anniversary of liberation of the Czech republic from fascism – „Without your victory there would not be our victories.“

Next home game we defeated Czech champions surprisingly 3: 2
choreography to celebrate 110 years of our club

The last match against hated rivals… We organized a march to the stadium through the city centre, we have filled our sector, great support all match.. the match ended a draw 1: 1. There were some friends from St. Pauli – thanks for visit!

LFHR took place in May 2015 at traditional place near Club 007 in Strahov. It was the 11th tournament and it was a great success, 32 teams took part in the tournament this year, which means the biggest number of teams in the history. There were teams all around the Czech republic, one team from Ultras Trenčín, and we were happy to welcome many visitors from Minsk (Partizan Minsk supporters) and players from Dinamo Torpedo.
This years topic was – Say No to Homophobia.
The players and visitors enjoyed football of course and they had the opportunity to taste our great beer and vegan food.
After the tournament we all met at the afterparty in club Buben.
Thank you all and see you in October 2015! 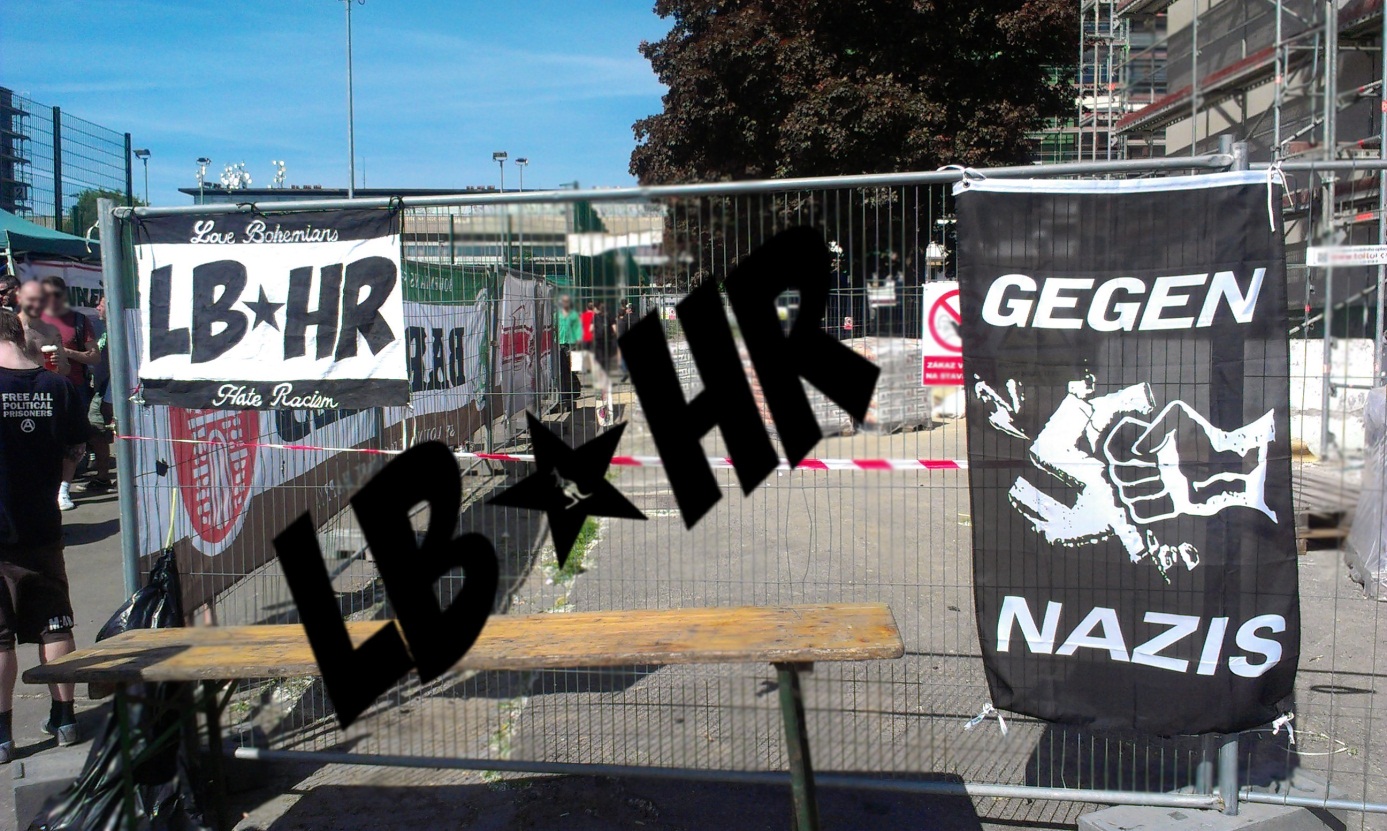 One week after the last game with Sparta, Bohemians Ultras organized an open air concert at the stadium. We cooperated with club Bohemians Praha 1905 and organization ADRA. It was one of the first projects of Pio Squad band together with Bohemians – the finances were donated to Čalantika centre to support the education of children in Bangladesh.

The visitors enjoyed special green beer produced for this occasion and these bands: Honorace, Lihový Milice, OioiPiratoi, Punto D’Onore, Just For Being and Pio Squad.

Moreover, as a special guest we could see a goalkeeper of Bohemians Jirka Havránek and Fullhouse.

our distro Bohemians Ultras at the concert