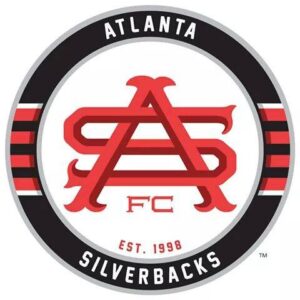 The makings of what our club is today started in July of 1994, then known as the Atlanta Magic, the club played in the USL (United Soccer League).

The Ruckus had financial problems from the beginning, and was almost revoked by the league until it was bought by a South African business man. In 1995 the Atlanta Ruckus made it to the championship in the newly formed A-League but lost to the Seattle Sounders. After that the club experienced more financial problems leading to the league taking over the club until it was bought by another businessman in 1996.

This of course led to many problems that ended up with new owners in 1998 where the team was named what it is today in honor of Willie B a silver back Gorilla, a major attraction of the Atlanta Zoo. We played in the USL until 2010 and then left to join the newly reformed NASL (North American Soccer League). The NASL is the original division one US leauge , which is now Division two under MLS.

The Club however did not start the actual play till 2011 due to legal issues inside the league. Club Crest Our colors are red, black, grey, and white which can be seen on our crest. The original crest from 1998 had Willie B on the badge. In September 2012, a poll was posted to the fans on a design for a new crest and possible name. Our crest today is what came of that with the additions of Football Club (F.C) to the official name.