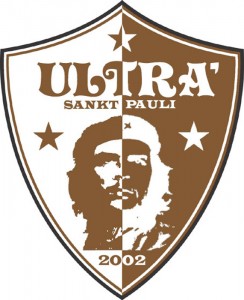 At 25th of March we used to play SC Paderborn 07 or how we call it Paderboring away. The support was quite good for a Tuesday but we lost
3:0 (pic below)

At 28th of March we had a home game versus SpVgg Greuther Fürth. It was a 2:2 but we had a good support. Like every Fürth game we had a cover
choreo and during that game we had a lot of Celts as guests (pics below).

A day after the game we visited the refugees living in a accommodation outside of Hamburg. Nobody is illegal!

At 5th of April we used to play SV Sandhausen away. It was a big trip with all fan clubs of “Südkurve”. So we had an banner with the name of
our stand on it. There was also a pyro show. It is a very small town and a very boring place and it’s far away. But we had a BBQ with our section “Kurfpalz” and so we had a lot of fun.

At 11th of April we had a homepage versus 1. FC Kaiserslautern. We call them farmers and they are! :) The Gegengerade made a nice choreo at
beginning of the game. Following the halftime we made the Alerta Actionday choreo. Click HERE to see pictures of the Actionday

At 17th we traveled to the FC Energie Cottbus. The club played 1:1. Cottbus is one of the teams in Germany with most fascist fans. So we made a banner with “Nazischweine” = nazi pigs. During this game we had support from our friends form Filmstadtinferno 99 (nearly 30
people) and Schickeria (pics below).

Today there will be some people from Malmö to talk about Nazis and what happened to Showan. USP Alerta supports this report and for the purposes of support has issued a Kampa showan shirt (pic below). All interested parties who want to support the cause can contact us to buy this shirt.

Finally…. We hope the HSV goes down to league two and we wish them a good travel!!! :) 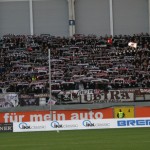 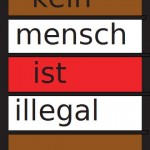 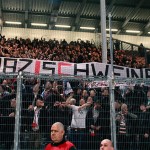 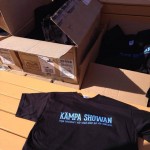 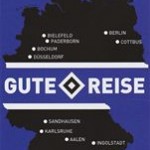 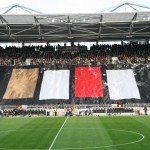 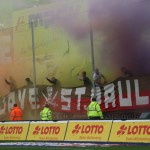 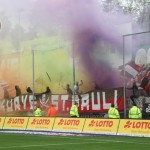 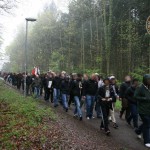 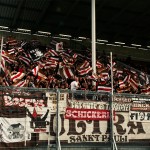 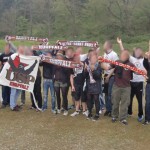 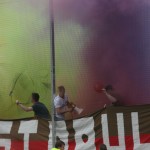 2014-04-26
RebelUltras
Share !
Previous: Through the eyes of the soul ! Part 2
Next: Its going to be a Bukaneros Summer!
Powered by Unity & Solidarity | Designed by Creative Rebels
© Copyright 2016, All Rights Reserved
Do NOT follow this link or you will be banned from the site!